“Wiener Schnitzel” is trademarked and protected by Austrian laws which require that a dish can be called “schnitzel” only if it is made of veal.

Many believe that Schnitzel originates from the capital of Austria – Vienna, but there are some disagreements between Austrian and Italian culinary experts and historians.

According to the historical data, two separate branches of the royal Hapsburg family are claiming to be the originators of the schnitzel, or its Italian counterpart – the Cotoletta Milanese. The Italian side is adamant that the dish was first served as part of the menu for a banquet held back in 1134 at the St.Ambrigio Cathedral in Milan.

Other historians and culinary enthusiasts claim that the famous dish was actually first introduced by the ancient Romans who according to the historical data found were the first to start tenderizing meat by pounding it and also the first to roll it in breading and fry it. This data can be found in the oldest existing cookbook written by Apicus dated from the 1st century.
.
Regardless of the originality of this dish, Schnitzel in various forms is well known all over the world and is one of the most favorite dishes.
.
The Schnitzel on the picture is in grain-free breading and I served it with Korean sweet potato salad.

Serving suggestion is potato salad made from Korean sweet potatoes. 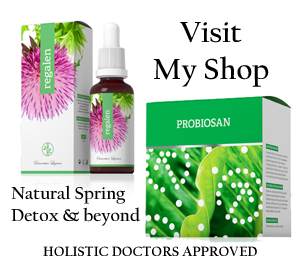 Thank you for stopping by! After struggling for more than a decade with digestive issues, I finally unraveled the connection between serious inflammation problems, fatigue, and brain fog. My own healing journey led me to become a certified Integrative Health Coach, that is passionate about helping others find hope and to heal.